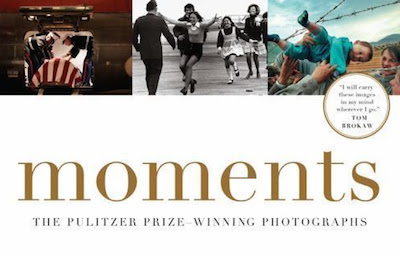 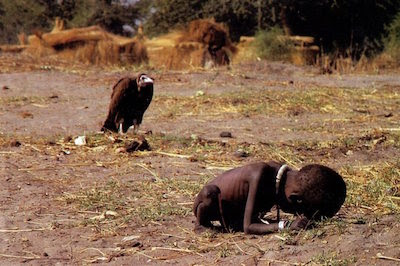 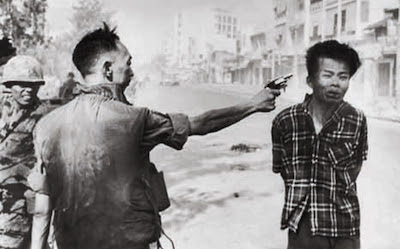 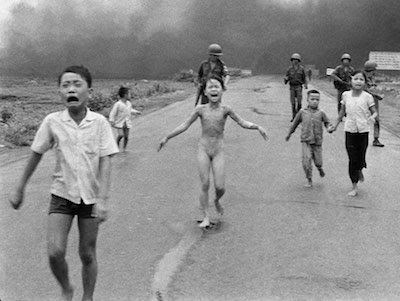 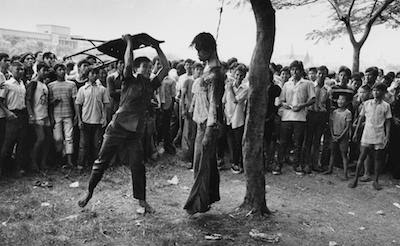 The tenth edition of Moments features every Pulitzer Prize-winning photograph from 1942 to 2015. Each photograph is accompanied by a brief essay and a few related images. The book (subtitled The Pulitzer Prize-Winning Photographs - A Visual Chronicle Of Our Time) was written by Hal Buell. (A similar collection, also called Moments, was written by Sheryle and John Leekley.)

Some of the book's most iconic images include Eddie Adams' snapshot of a Viet Cong prisoner at the moment of death, Nick Út's picture of Kim Phúc screaming in pain after a Vietnam War napalm attack, and Kevin Carter's photograph of a vulture following a starving child in Sudan.

Neal Ulevich's disturbing photograph of a baying crowd gathered around a student's body after the Thammasat University massacre in Bangkok is also included. The photographs by Adams, Út, and Ulevich were all reproduced in blood by Kosit Juntaratip for his Allergic Realities exhibition.
Tags: books
continued...