Book From The Ground 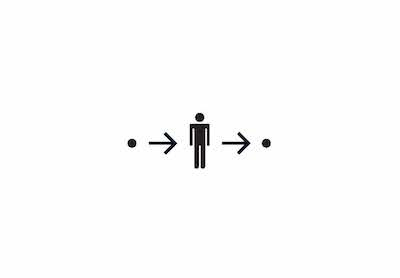 Book From The Ground: From Point To Point, by Xu Bing, is a novella composed entirely of emoji, pictograms, logos, and other symbols (including 7x8mm reproductions of Marcel Duchamp's Fountain). Though there have been previous translations of texts into emoji, this is the first example of original fiction in emoji form.

The book contains no text (except on the back cover), and punctuation marks are its only concession to conventional typography. The concept is original and fascinating, though the potential for emoji as literature seems limited. The first wordless novels, with narratives depicted in Expressionist woodcuts, were created by Frans Masereel after World War I.
Categories: books
continued...