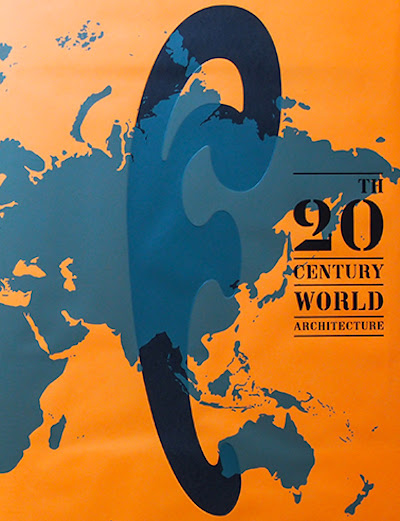 20th Century World Architecture, edited by Helen Thomas, is part of the Phaidon Atlas series. This large (folio format, 800 pages) book features 757 buildings constructed during between 1900 and 1999. Each building is profiled on a single page, though a handful of exceptions, such as the Sydney Opera House, are given double-page spreads.

This is surely the most comprehensive guide to the buildings of the last century, with "an unprecedented geographical scope, and an unparalleled level of data on twentieth-century architecture". There is substantial coverage of non-Western architecture, including sixty buildings from Africa, and almost 100 countries are represented in total. There are also more than 5,000 images.

Modern Architecture Since 1900 (by William JR Curtis) remains the best narrative history of the architecture of the period, and Architecture Of The 20th Century (by Peter Gossel and Gabriele Leuthauser) is an interesting visual history, though 20th Century World Architecture is unlikely to be surpassed as a global record of the significant buildings of the past 100 years. It's so heavy (8kg) that it comes with its own carrying case.
Tags: books
continued...