Architecture In The 20th Century 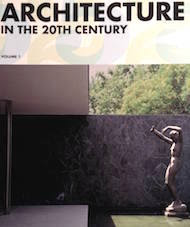 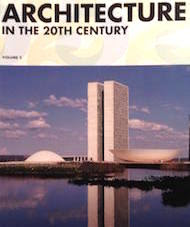 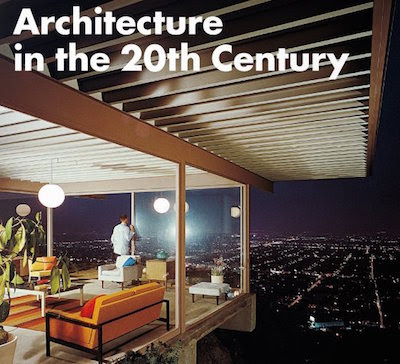 The second edition of Architecture In The 20th Century was published by Taschen in 2005, in two volumes with a slipcase. Written by Peter Gossel and Gabriele Leuthauser, it's more accessible than William JR Curtis's Modern Architecture Since 1900, though Curtis's book is more comprehensive.

The book is organised in broadly chronological order, and begins with 19th century iron structures such as the Eiffel Tower, followed by the skyscrapers of Chicago and New York. The century's greatest architects - Le Corbusier, Frank Lloyd Wright, and Ludwig Mies van der Rohe - all receive extensive coverage. Some of the century's most iconic buildings (the Chrysler Building in Chicago, the Bauhaus Building in Dessau, the Guggenheim Museum in Bilbao, the Centre Pompidou in Paris, and the Congress Building in Brasilia) are included, though not the Sydney Opera House.

Some of the 'isms' of modern architecture are missing, notably Russian Constructivism (Vladimir Tatlin's proposed tower in St Petersberg) and Japanese Metabolism (Kisho Kurokawa's Nakagin Capsule Tower in Tokyo). An appendix features biographies of major architects, though it's a bit too selective. Oscar Niemeyer, for example, was one of the key Modernist architects, yet he has no biography here. Also, the book has no bibliography or references.

The second edition was reprinted, in a single volume, in 2012. There were no changes to the book's main chapters (which were updated in 2005), though the biographies were revised to indicate the deaths of architects such as Kenzo Tange. The reprint had a much improved cover: the bold, black text on the white spine resembles that of A World History Of Art, and the back cover features a stunning photograph of the Chrysler Building.