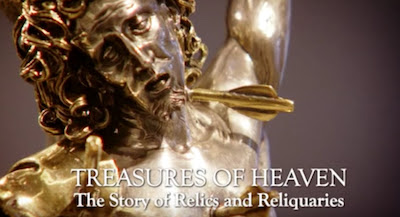 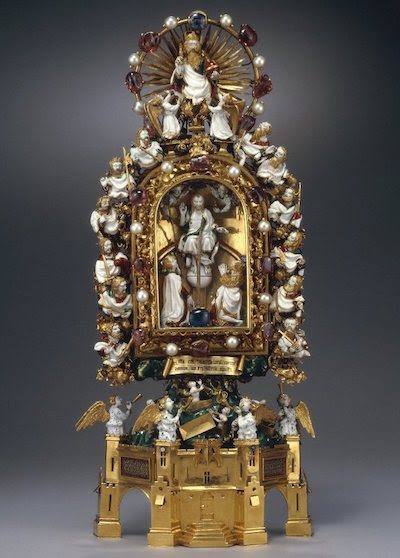 Treasures Of Heaven: The Story Of Relics & Reliquaries, written and presented by Andrew Graham-Dixon, is a documentary examining the Medieval cult of relics and the reliquaries in which they were contained. Relics of saints and New Testament figures were venerated by Christians throughout Europe in the Middle Ages, and goldsmiths and silversmiths created ornate reliquaries to display them.

The programme shares its title with a British Museum exhibition and book from 2011, and several of the reliquaries from the exhibition are included. A reliquary of Saint Sebastian designed by Hans Holbein (1497; now at the Victoria & Albert Museum) is described by Wendy Beckett as "the apotheosis of all reliquaries".

Arguably the most fascinating reliquaries are those relating to the crown of thorns that Jesus wore at his crucifixion. Graham-Dixon visits the Sainte-Chapelle in Paris - "the single most beautiful Medieval building in the world" - a Gothic chapel built to house the crown of thorns. He also examines the Holy Thorn Reliquary, "possibly the single most remarkable object to have come down to us from the Middle Ages" (circa 1390; now at the British Museum).

Treasures Of Heaven was directed by Paul Tilzey and first broadcast on BBC4 on 20th June 2011. Relics and reliquaries are also discussed in Restless Bones (1985) by James Bentley and two books by Paul Koudounaris (The Empire Of Death, 2011; Memento Mori, 2015).
Categories: art, media
continued...