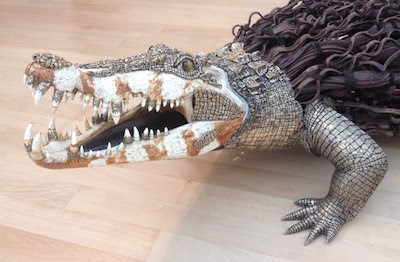 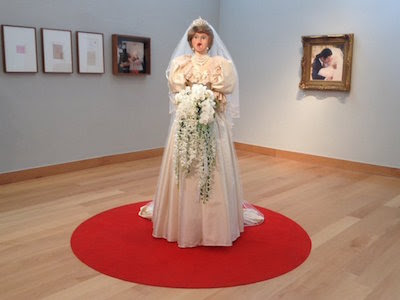 Thailand Eye (ไทยเนตร), an exhibition of Thai contemporary art, opened at BACC in Bangkok on 18th March. The extensive exhibition catalogue features profiles of seventy-five artists, though only twenty-four are featured in the exhibition itself. (The participating artists were ultimately approved by the Ministry of Culture as the exhibition is part of the Ministry's Totally Thai project.)

Thailand Eye was curated by Serenella Ciclitira (who also edited the catalogue), Nigel Hurst (director of the Saatchi Gallery, where the exhibition was shown last year) and Apinan Poshyananda (Permanent Secretary for Culture). Apinan has curated many previous exhibitions, notably the large-scale survey Traces Of Siamese Smile, and one of his videos was shown in From Message To Media.

Kosit Juntaratip, the most interesting of the selected artists, is represented by photographs and video of Lily Ovary, a performance in which he married a blow-up doll. An installation by Sakarin Krue-On, previously shown at Imply Reply, is also included, as are some of Manit Sriwanichpoom's Pink Man photographs. A sculpture by Rolf von Bueren, with an intricate wooden body and a crocodile's skull, is similar to his crocodile sculpture from the 2012 exhibition Thai Trends. Thailand Eye will close on 7th August.
Categories: art
continued...