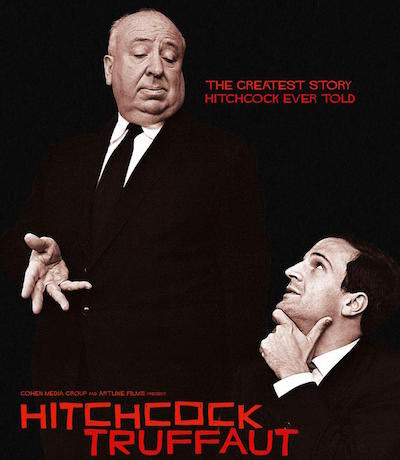 François Truffaut's book Hitchcock is one of the best books ever written about film. It was the first time that such an extensive interview with a director had been published, and it helped to popularise the 'auteur theory'. (Hitchcock was released a year before Andrew Sarris wrote The American Cinema.) It inspired many other in-depth interview books, notably those by Peter Bogdanovich (This Is Orson Welles and Who The Devil Made It) and Richard Schickel (The Men Who Made The Movies, Woody Allen: A Life In Film, and Conversations With Scorsese).

In articles for Cahiers Du Cinema, Truffaut and other critics maintained that directors, rather than producers or script-writers, were the true authors of the films they made. His most famous essay, Une Certaine Tendance Du Cinema Francais (1954), was a "deliberately pessimistic examination I have undertaken of a certain tendency of the French cinema". Truffaut also directed one of the key films of the French New Wave, The 400 Blows.

Truffaut interviewed Hitchcock in 1962, though their book was not released until 1966. It was first published in French, as Le Cinema Selon Hitchcock, and the first English edition appeared the following year. The interview tapes were broadcast by France Culture in 1999, in twenty-five episodes, and they reveal significant discrepancies between Hitchcock's recorded answers and the printed transcript. (Janet Bergstrom discussed "the lack of correspondence between the interview as spoken and the interview as published" in her essay Lost In Translation?, published in 2011.)

Robert Fischer made a short documentary for German television, Monsieur Truffaut Trifft Mr Hitchcock (1999), about the background to Truffaut's book. A feature-length documentary by Kent Jones, Hitchcock/Truffaut, was released this year and features directors such as Martin Scorsese and David Fincher discussing their love of Truffaut's book and Hitchcock's films. Peter Bogdanovich also appears, and his This Is Orson Welles is the nearest equivalent to Truffaut's book.

Hitchcock/Truffaut features detailed discussions of Vertigo and Psycho, though it presumes some prior knowledge of Hitchcock's work: major aspects of his modus operandi, such as his definition of the MacGuffin, and his distinction between suspense and surprise, are excluded. His famous remark that "actors are cattle" is included, though not explained.

The documentary exists in two versions: English and French. The talking-head interviews are the same in both, though shots of pages from Truffaut's book feature the English and French editions respectively. (I've seen the French version, as this is currently the only one available on DVD.)
Categories: films
continued...