Studies in the Horror Film
Stanley Kubrick's The Shining 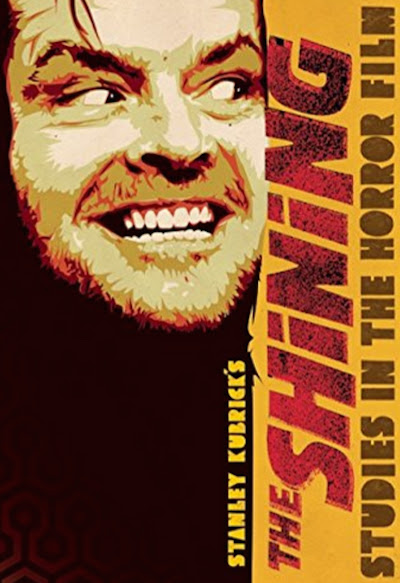 Stanley Kubrick's The Shining, edited by Danel Olson, is the latest book in the Studies in the Horror Film series. Some chapters are reprints of previous articles (Kubrick interviewed by Michel Ciment, a 2009 Jack Nicholson interview from Empire magazine, and an extract from John Baxter's Kubrick biography), though there are also new interviews with members of the cast and crew.

The interviews were conducted by Olson, Justin Bozung, and Catriona McAvoy. The most revealing interviewees are those such as Joe Turkel and Emilio D'Alessandro, who have the longest associations with Kubrick. (In contrast, there are some superfluous interviews with extras.) McAvoy (who wrote an essay on The Shining in Stanley Kubrick: New Perspectives) interviewed screenwriter Diane Johnson, and the chapter is illustrated with material from Johnson's archive.

The book includes several previously unpublished production photographs, supplied by Leon Vitali and Greg MacGillivray. Toy Story II co-director Lee Unkrich, one of The Shining's biggest fans, wrote the introduction. At 700 pages, it's certainly an extensive anthology of material on the making of the film. In fact, it's arguably a bit too long: a section reproducing fan-made posters is absolutely un-necessary, and should have been replaced with the alternative posters sketched by Saul Bass. There is no index.
Categories: books
continued...