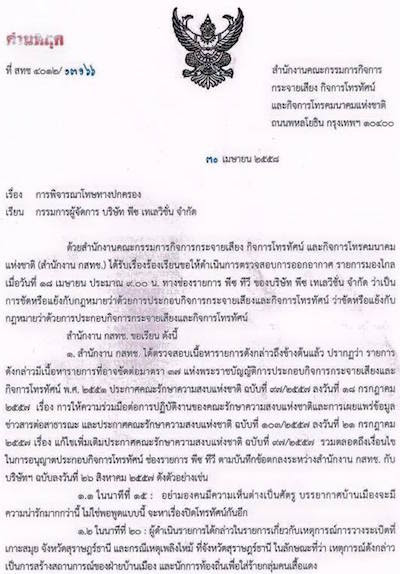 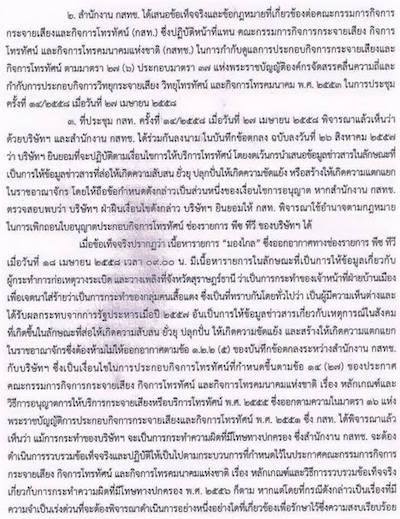 Peace TV, a television station operated by the red-shirt UDD, had its broadcasting licence revoked by the National Broadcasting and Telecommunications Commission on Monday, after the NBTC accused it of broadcasting material likely to cause political conflict. Its signal was cut last night, and now only colour bars are being transmitted. Peace TV's licence had already been suspended for seven days on 10th April. The following day, another red-shirt station, TV24, also had its licence suspended for a week.

On Wednesday night, a group of soldiers and police officers raided Peace TV's offices, ordering it to stop transmitting the discussion programme Peace Special featuring former prime minister Chavalit Yongchaiyudh. The authorities were seemingly unaware that Peace Special was a repeat, and that it had already been broadcast live that morning. (The programme's title originally appeared on screen as "Peace Spacial" [sic], though this was corrected after the first thirty minutes.)
Tags: censorship, media, politics
continued...