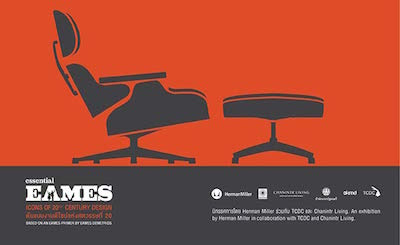 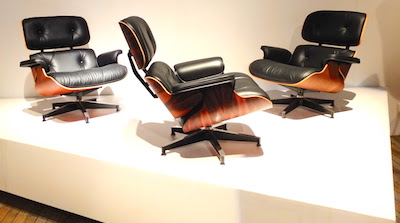 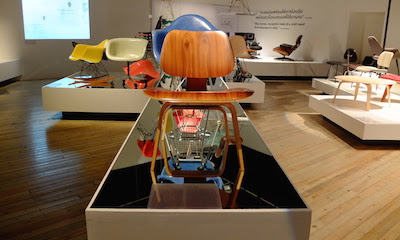 After a long hiatus, Bangkok's TCDC is once again hosting a major design exhibition. Essential Eames: Icons Of 20th Century Design, a Charles and Ray Eames retrospective, opened on 20th March and runs until 31st May.

Charles and Ray Eames were arguably the greatest furniture designers of the last 100 years. As Charlotte and Peter Fiell wrote in 2000: "Charles and Ray Eames did more to change the public perception of Modern design than just about anyone else in the 20th century" (Industrial Design A-Z).

The Eames plywood LCW chair (1946) epitomised the Mid-Century Modern style, and was named the greatest design of the century by Time magazine in 1999. Their lounge chair and ottoman (models 670 and 671, 1956) are included in TCDC's permanent collection (What Is Design?).

Essential Eames is curated by Eames Demetrios (grandson of Charles Eames), and is based on his book An Eames Primer. The exhibition was organised by furniture manufacturer Herman Miller; a previous Herman Miller exhibition in Bangkok, Get Real, also included several Eames chairs.
Tags: art
continued...