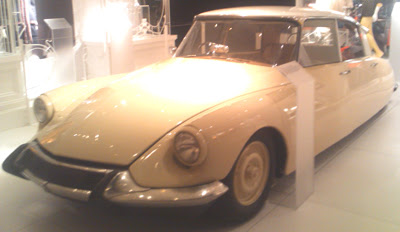 An expanded version of TCDC's What Is Design? opened on 21st November. The former exhibition's VW Beetle has been replaced by a Citreon DS1, and recent examples of Thai product design have been added to the collection.

The collection is organised geographically, according to the 'genius loci' (Genius Of The Place) principle. It's scheduled to run until 31st November 2016.
Tags: art
continued...