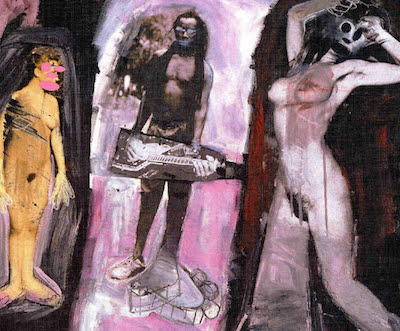 Cariou initially won the case, when the Southern District Court of New York ruled in 2011 that the gallery must transfer ownership of the exhibited artworks to Cariou, and cease distribution of the exhibition catalogue. That decision was overturned on appeal last year, and twenty-five of Prince's works were deemed to have altered Cariou's original images sufficiently enough to qualify as distinctive artworks rather than copies.

The appeal verdict applied to the majority of Prince's exhibited works, though a handful of pieces were excluded from the ruling: "there are five artworks that, upon our review, present closer questions. Specifically, Graduation, Meditation, Canal Zone (2008), Canal Zone (2007), and Charlie Company do not sufficiently differ from the photographs of Cariou's that they incorporate for us confidently to make a determination about their transformative nature as a matter of law."

This week, Cariou received an undisclosed settlement from Prince, and dropped his claim of copyright infringement. Prince's Spiritual America, his appropriation of a Gary Gross photograph, caused controversy when it was censored from the Pop Life exhibition and catalogue in 2009.