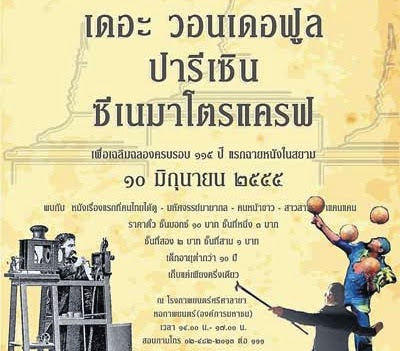 Tomorrow, the Thai Film Archive (at Salaya, near Bangkok) will celebrate the 115th anniversary of the development of Thai cinema. The event, titled The Wonderful Parisian Cinematographe, will recreate the first Thai film screening, which took place in 1897. There will be a hand-cranked 35mm projection of the ten films first presented by the Lumiere brothers in Paris in 1895.