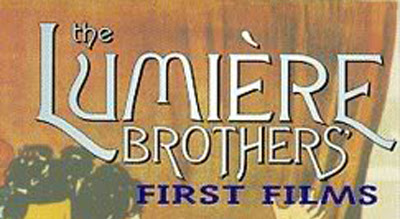 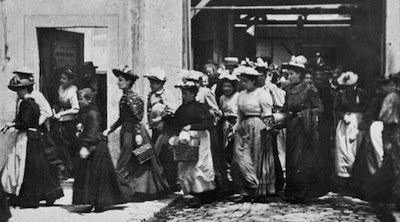 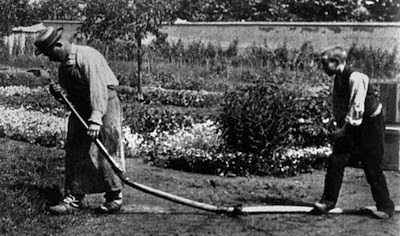 The documentary The Lumiere Brothers' First Films presents eighty-five of Auguste and Louis Lumiere's earliest works, dated 1895-1897. Their most famous films are all included, such as Workers Leaving The Lumiere Factory (the first film they ever made, thus the first film to be projected), Train Arriving At A Station (especially shocking to its original audience, as it depicts a train heading towards the camera), and The Sprinkler Sprinkled (the very first fictional narrative in cinema).

The films are presented impeccably: windowboxed to prevent cropping, restored from their original negatives, and with no modern graphics obscuring the image. We can see their unusual diagonal perspectives and multi-layered compositions, and the surprising depth of focus the Lumieres achieved. The commentary, by Bernard Tavernier, is passionate and witty.

The films are grouped thematically (children, work, travel, etc.), though this makes it difficult to ascertain their chronological order. It would be useful to have an accompanying list of the French titles and their release dates, though this is certainly a fascinating and priceless documentary compilation nonetheless.
Categories: films
continued...