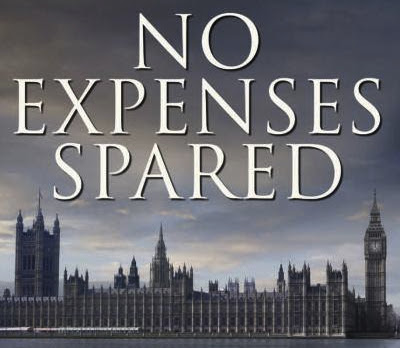 No Expenses Spared, by Robert Winnett and Gordon Rayner, provides an account of the recent UK parliamentary expenses scandal. Winnett and Rayner are the two journalists who initially exposed the story, with a series of scoops in the Daily Telegraph.

A complete database of MP's expenses claims and payments was leaked to the Telegraph in May 2009, and the details were front-page news every day for several weeks. This gradual revelation (or serialisation) of the leaked expenses ensured that the story dominated the news agenda for most of the year.

The most serious breaches of parliamentary rules involved MPs making false claims for mortgages, and these resulted in criminal prosecutions. However, the scandal came to be epitomised by the absurdly anachronistic claims made by privileged and out-of-touch Conservative politicians: Douglas Hogg submitted a £2,000 moat-cleaning bill, and Peter Viggers claimed more than £1,000 for an ornamental duck house.

No Expenses Spared is essentially a diary of the scandal's daily developments, from the perspectives of journalists in the Telegraph's newsroom. The background to the leak, and the initial frenzy as the story broke, are covered in minute detail, though the later ramifications (including the various ministerial resignations) are summarised in a single chapter. There is no index.
Categories: books, media, politics
continued...