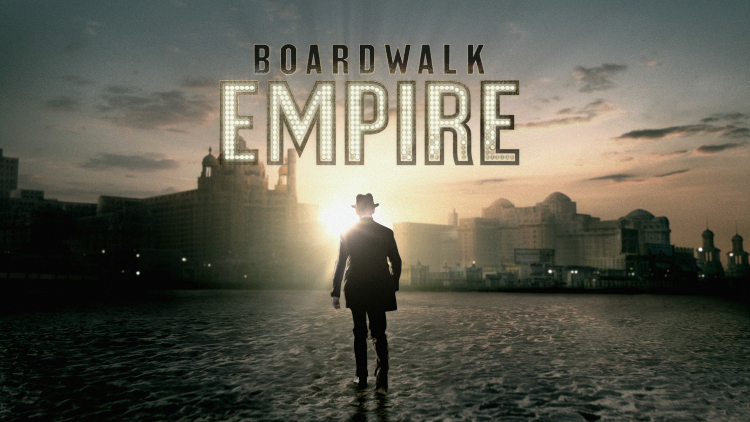 The premiere episode of Boardwalk Empire’s first season was originally broadcast by HBO on 19th September 2010. The episode was directed by Martin Scorsese, and is perhaps the most expensive TV show ever produced.

Boardwalk Empire (the title of the premiere episode and the series) is a historical crime drama set in Atlantic City, New Jersey, during the introduction of prohibition. At that time, Atlantic City was noted for its casinos and organised crime—a reputation that would later be inherited by Las Vegas, as portrayed in Scorsese’s film Casino. Thus, Scorsese is in familiar territory, having directed gangster films such as GoodFellas and The Departed.

In fact, the episode contains potentially self-referential plot points, such as a casino owner dealing with an unwanted customer (as in Casino) and a gangster’s well-educated crew-member being an FBI informant (as in The Departed). A brief montage at a police training centre looks remarkably similar to the FBI training sequence in The Departed. There is even a moment of arguable self-parody, with a boxing match between two dwarves (surely evoking Scorsese’s masterpiece Raging Bull).

In the past decade, HBO has led a renaissance of creativity in American television drama, a welcome contrast to the prevalence of trashy ‘reality TV’. Boadwalk Empire is the latest in a long list of acclaimed HBO shows, including The Sopranos (inspired by GoodFellas), The Wire, Oz, Deadwood, Sex and the City, Curb Your Enthusiasm, and Six Feet Under. Being an HBO production, the series is not subject to the restrictions imposed on network television, thus it contains the strong language and flashes of extreme violence associated with Scorsese’s films. Another of his directorial trademarks, the freeze-frame (as in GoodFellas), is also present.