The 57th National Exhibition Of Art 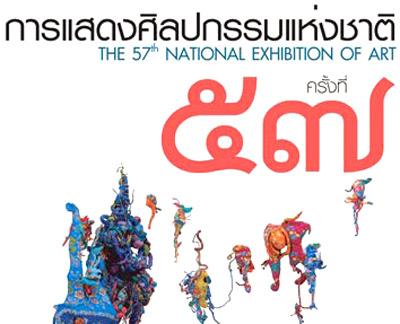 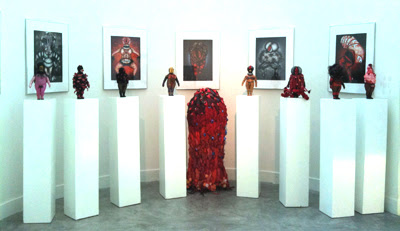 The 57th National Exhibition Of Art opened at BACC, Bangkok, on 1st October. It was originally scheduled to close on 5th November, though it was extended until today. The show has been held annually since 1949.

One of the highlights this year is Body Openings, a group of erotic/grotesque resin figures with displaced mouths resembling vagina dentatas, by Nisa Sirisre. Similar to the national exhibitions of previous years, there is a large quantity and range of entries on display, from (mostly figurative) paintings to (mostly mixed-media) sculptures and small installations.

Indeed, many artists from last year's 56th National Exhibition are also represented this year, and have produced surprisingly similar works. For example, Suporn Kaewda won first prize last year for an abstract landscape resembling an oil puddle, and he won second prize this year for a similar painting; and Karuna Panumes's triptych, of women with symbols reflected on their faces, resembles her impressive portrait from last year.