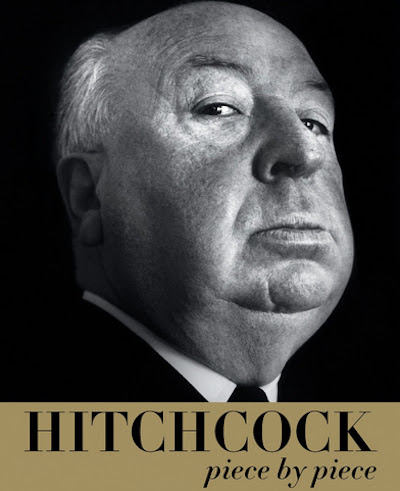 The text of Laurent Bouzereau's Hitchcock: Piece By Piece - brief chapters discussing Hitchcockian themes and motifs - is largely superficial, though the book's main attractions are its rare photographs and document facsimiles. It's an authorised project: Bouzereau was granted access to the Alfred Hitchcock archives, and Hitchcock's daughter Patricia wrote a foreword to the book.

Bouzereau has also written Cutting Room Floor, about censorship and director's cuts. He has directed over 200 making-of documentaries, including Exploring The Tree Of Life, Capturing Avatar, Minority Report: Future Realized, Revolution!: The Making Of Bonnie & Clyde, Raging Bull: Before The Fight, The Lady From Shanghai: A Discussion, Making Taxi Driver, and The Making Of Jaws. He has also made various featurettes about Chinatown, Minority Report, AI, and other films. He directed the Hitchcock documentaries The Making Of Psycho, All About The Birds, Saboteur: A Closer Look, Beyond Doubt: The Making Of Hitchcock's Favorite Film (about Shadow Of A Doubt), Rope Unleashed, Rear Window Ethics, The Trouble With Harry Isn't Over, The Making Of The Man Who Knew Too Much, Obsessed With Vertigo, The Trouble With Marnie, Topaz: An Appreciation, and Torn Curtain Rising.
Categories: Alfred Hitchcock, book reviews
continued...