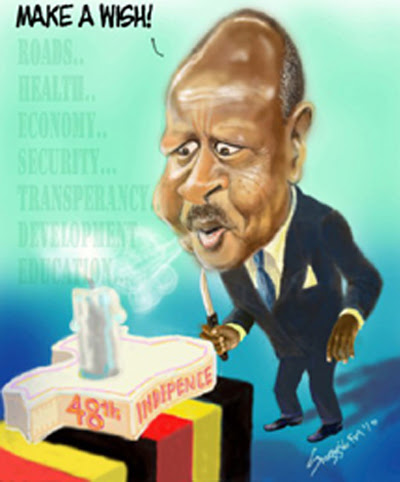 They were arrested after the magazine's October 2010 issue featured a cartoon of Ugandan President Yoweri Museveni on its cover. Billboards reproducing the cartoon have been taken down in Kampala.
Tags: censorship, media, politics
continued...