My Soul To Take 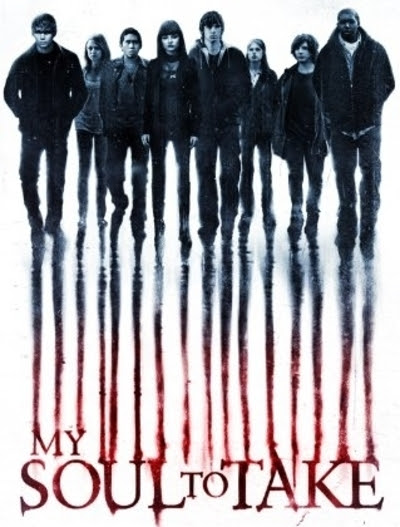 Wes Craven has directed some classic horror films - The Last House On The Left, A Nightmare On Elm Street, New Nightmare, Scream I-III - though My Soul To Take is not one of them. Craven's best films are post-modern genre deconstructions, though My Soul To Take is simply a generic teen slasher film. It was pointlessly and ineffectively converted into 3D, though it's also showing in a 2D version.

The premise (seven teenagers are attacked by a serial killer who died on the day they were all born; they are possessed by his soul, and he reclaims their souls) is convoluted and unrealistic. The prologue (with its excessive body count and exploding ambulance) is laughably melodramatic. The killer's identity is obvious after the first murder, thus the subsequent misdirections and twists are unconvincing and unsurprising. Worst of all, the film is neither scary nor shocking, merely predictable and conventional.
Categories: film reviews
continued...