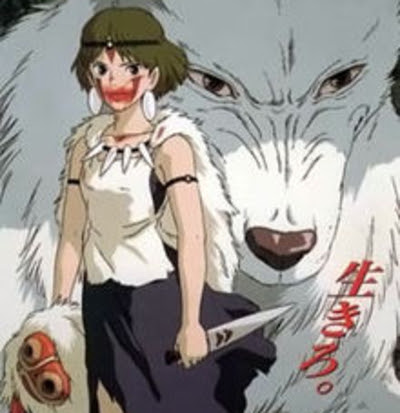 Princess Mononoke is one of Hayao Miyazaki's most successful films both in Japan and elsewhere, and was his most internationally-acclaimed film until the release of Spirited Away. Unlike My Neighbour Totoro or Ponyo, this is animation for teenagers and adults, though its anti-deforestation theme is consistent with the ecological messages of Ponyo and Nausicaa Of The Valley Of The Wind.

The film opens with an exhilarating action sequence in which a boar attacks a group of villagers. The boar, which actually resembles a large spider, has its eye pierced by a spear, and the film is filled with equally exotic monsters and similarly violent battles.
Categories: films
continued...