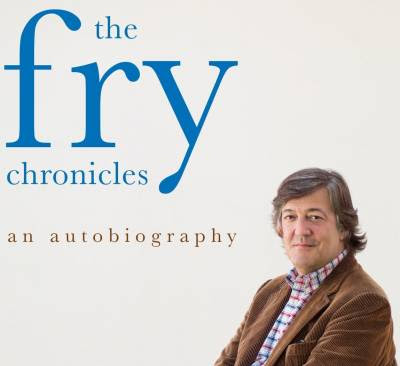 The Fry Chronicles: An Autobiography, by Stephen Fry, covers Fry's life in the 1980s, including his time at Cambridge University with Hugh Laurie and his nascent comedy career. The book feels more mainstream than his previous autobiography, Moab Is My Washpot: it's less rude, and its title is as bland as Moab's was obscure.

As Fry explains in his introduction, the book explores "some of the C-words that have dominated my life", and every chapter title begins with 'c'. So, The Fry Chronicles is captivating, clever, and comical, though also a bit conventional.
Tags: books
continued...