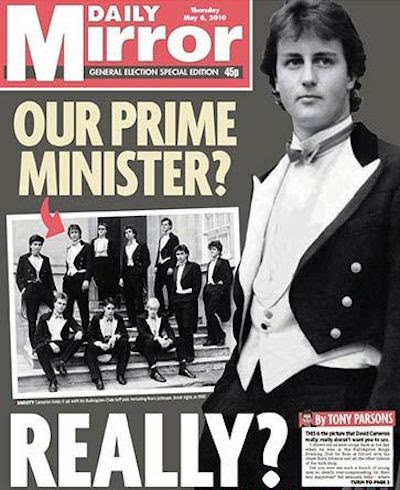 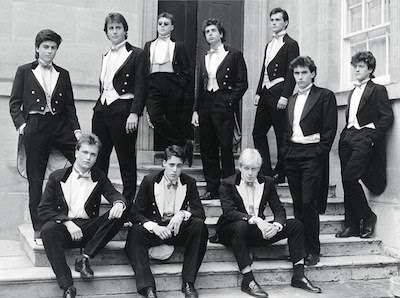 Today's issue of the Daily Mirror newspaper features a photograph from 1987 of a group of Oxford University students who were all members of the Bullingdon Club. Conservative Party leader David Cameron is pictured in the photo, and the accompanying article begins: "THIS is the picture that David Cameron really, really doesn't want you to see."

The image was withdrawn from distribution in 2007 by its copyright owners, Gillman & Soame, to avoid causing Cameron any further embarrassment. Its publication in the Daily Mirror is clearly an infringement of the ban, though the Mirror presumably felt that any potential fine would be worthwhile due to the impact of printing the photo on its front page on the day of the UK general election.
Categories: censorship, media, politics
continued...