Psycho In The Shower 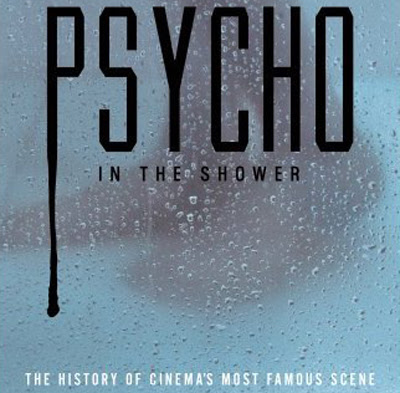 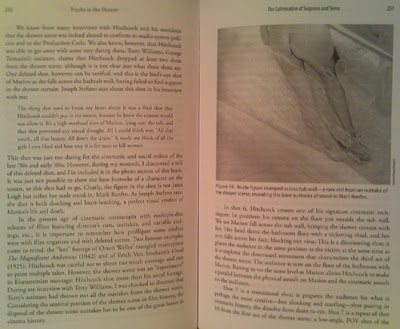 Psycho In The Shower: The History Of Cinema's Most Famous Scene (previously published as The Shower Scene In Hitchcock's Psycho), by Philip J Skerry, is a study of the Psycho shower scene (the eponymous Moment Of Psycho that David Thomson also discusses in his recent book). Except, of course, you can't write a whole book about one scene, even if it is the greatest scene since Battleship Potemkin's 'Odessa Steps' montage; thus, discussion of the shower scene is supplemented by interviews with Psycho cast and crew, precursors in Hitchcock's filmography, reactions from viewers, subsequent cultural references, and even an anecdotal account of the author's research process. Like Thomson, Skerry gives a detailed account of the film's first half though loses interest in the exposition after the shower scene.

Skerry tabulates the shower scene into a series of acts and shots, which reads like a maths textbook: "in this shot, and in the next shot, number 13, which is an almost exact duplicate of number 12"... zzzz. The extended interviews with star Janet Leigh, writer Joseph Stefano, and assistant director Hilton Green are much more interesting. Skerry attempts to debunk some of the rumours which have built up around Psycho, though in doing so he politely contradicts the conflicting accounts of his interviewees. He uses film stills to demonstrate that a knife does cut Leigh's skin in a split-second shot, and that her breasts are visible behind the opaque shower curtain.

The book also contains a previously unpublished photograph of a shot which was cut from all known prints of the film: Leigh's body-double, Marli Renfro, slumped naked over the bath. For Psycho fans, this exclusive photo automatically makes the book worth buying. In his valiant search for "the ur-Psycho", Skerry viewed laserdisc, VHS, DVD, and off-air versions of the film for comparison, though he is apparently unaware of the uncensored print which has been repeatedly broadcast on European TV.
Tags: books
continued...