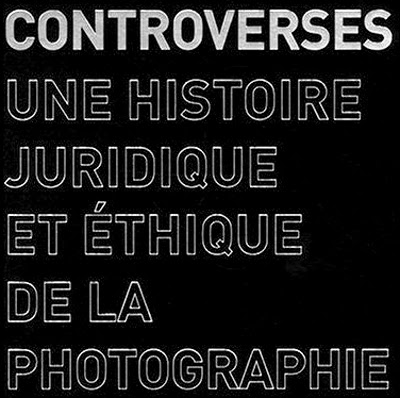 Controverses: Une Histoire Juridique & Ethique De La Photographie, by Daniel Girardin and Christian Pirker, is a Swiss exhibition catalogue featuring some of the most controversial photographs in history. The images include early publicity photos, photojournalism, and art photography.

One of the most powerful photographs is a picture of a severed hand, from a victim of the World Trade Center terrorist attack. The image (2001), by Todd Maisel, was published by only a single newspaper (New York's Daily News), while other American papers made a collective decision to avoid printing photographs of the victims.

The two Iraq wars have produced similarly controversial images (not included in the book). A photo by Ken Jarecke of an Iraqi soldier's charred body was rejected by all newspapers except The Observer (which printed it on 10th March 1991), and "a gruesome image of a young child's head split open" was the subject of much debate in the UK media before finally being printed by The Guardian (on 28th March 2003).

Arguably the most shocking picture is Kevin Carter's photograph (1993) of a vulture following a starving Sudanese child. After taking the photograph, Carter shooed the potential scavenger away, though he was later criticised for not helping the child any further.

The book includes some famously provocative images, such as Oliviero Toscani's Benetton poster showing a nun kissing a priest (1992) and Andres Serrano's Piss Christ (1987). A Robert Mapplethorpe self-portrait (1978) is included, though it's one of Mapplethorpe's less graphic images.

Several controversial photographs of naked children are featured, including a sexualised portrait by Irina Ionesco (1970) of her daughter Eva, and notorious images by Graham Ovenden (1984) and Jock Sturges (1989). Annelies Strba's Sonja In Her Bath (1985) and a portrait of Brooke Shields by Gary Gross (1975), both of which have been removed by the police from UK galleries, are also included. Nan Goldin's "Klara and Adda Belly Dancing" [sic] is mentioned though not reproduced.

A paparazzo photo of Princess Diana taken by Jacques Langevin in the moments before her car crash (1997) is included. The infamous photo of Diana receiving first aid after the crash is mentioned in the text without being reproduced.
Tags: art, books, censorship, media
continued...