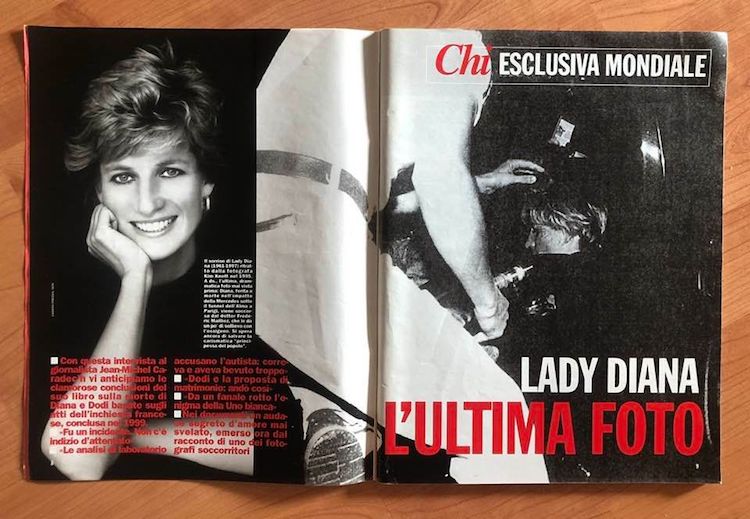 Lady Diana: L’ênquete criminelle, by Jean-Michel Caradec’h, is an analysis of the French police investigation into the death of Princess Diana. What has made the book infamous is its twenty-page insert, featuring photocopies of the police dossier itself. The insert includes a photograph of Diana receiving first aid at the scene of the crash.

The photo has also been published by the Italian newspaper Corriere della Sera (on 12th July 2006), the German newspaper Bild (15th July 2006), the Spanish magazine Interviu, and, most famously, the Italian magazine Chi (19th July 2006). The image was first seen by the public on 21st April 2004, when it was included in a 48 Hours CBS documentary (Diana’s Secrets) on American television. It was then reprinted by Ici Paris magazine on 27th May 2004.

On 31st August this year, the UK satellite TV channel Sky News broadcast a report about the crash taken from CBS News, which included the crash photograph. The CBS report, titled Could Diana Have Been Saved?, was originally broadcast on 30th August. The Sky broadcast represents the only uncensored availability of the image in the UK.
Categories: books, censorship, media
Dateline Bangkok