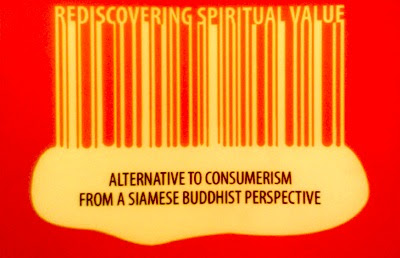 Rediscovering Spiritual Value: Alternative To Consumerism From A Siamese Buddhist Perspective is a collection of recent articles and speeches by Sulak Sivaraksa, publisher of Seeds Of Peace. One of Sulak's previous books, ค่อนศตวรรษ ประชาธิปไตยไทย, was banned in Thailand in 2007.

Significantly, Rediscovering Spiritual Value includes an English translation of an interview in which Sulak discusses the Thai monarchy, originally published in a banned edition of the Thai journal Same Sky. In the translated version, Sulak adds a footnote at the end of the interview: "The Thai editor stopped the interview here, yet both the editor... and the interviewee were charged with lese-majesty."