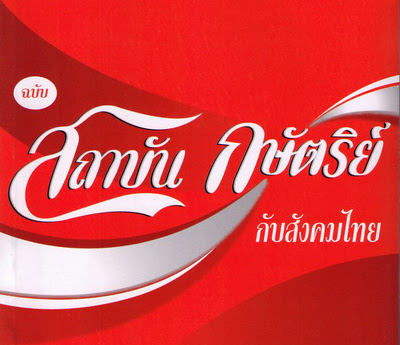 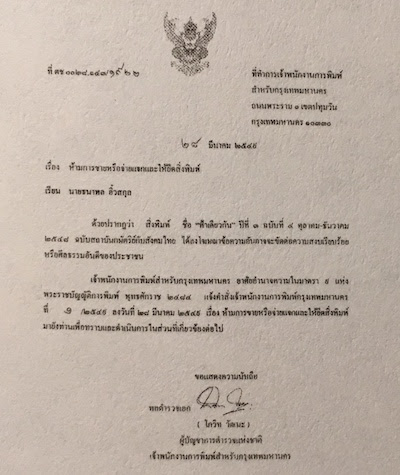 The October-December 2005 issue of Same Sky (volume 3, number 4), a radical left-wing Thai journal, has been banned. The editor has been contacted by the police, who claim that the magazine (specifically its interview with Sulak Sivaraksa, publisher of Seeds Of Peace) constitutes lèse-majesté.

Last year, Same Sky distributed a VCD containing footage of the Tak Bai incident (volume 2, number 4). Seventy-eight Muslim protesters suffocated when they were packed into trucks by the military in Tak Bai, and VCDs featuring footage of the incident were banned by the government.
Categories: censorship, media, Thailand