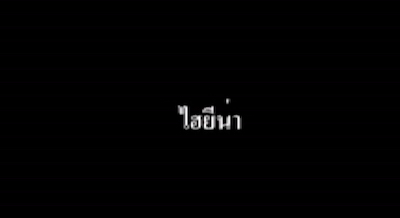 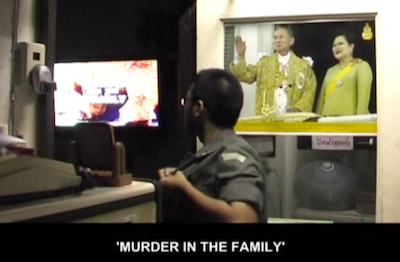 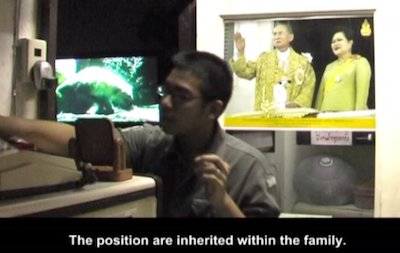 Yesterday, Thai PBS broadcast a group of new short films, under the umbrella title Hot Short Films. The programme included Nawapol Thamrongrattanarit’s Hyena (ไฮยีน่า), which was first shown at BACC earlier this year. (Nawapol also directed Bangkok Tanks.) Hyena is a single, static shot showing a young man getting ready to go out. A television screen and a poster of Rama IX form a diptych behind him. A Thai-dubbed version of the BBC wildlife series Killing for a Living is playing on the TV (specifically, the Murder in the Family episode from 1993).

The documentary narration seems to offer an inadvertent political commentary, though if challenged, the director could argue that the juxtaposition is coincidental, as Rama IX posters can be found in many Thai houses. The technique recalls that of Manussak Dokmai’s short film Don’t Forget Me (อย่าลืมฉัน), in which archive footage of the 6th October 1976 massacre is accompanied by narration from a documentary on the Mlabri tribe, though in that case the voice-over describing tribal rituals provides an ironic counterpoint to the massacre footage.
Categories: films
Dateline Bangkok