A Coup For The Rich 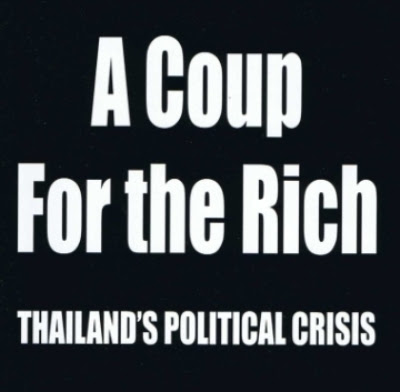 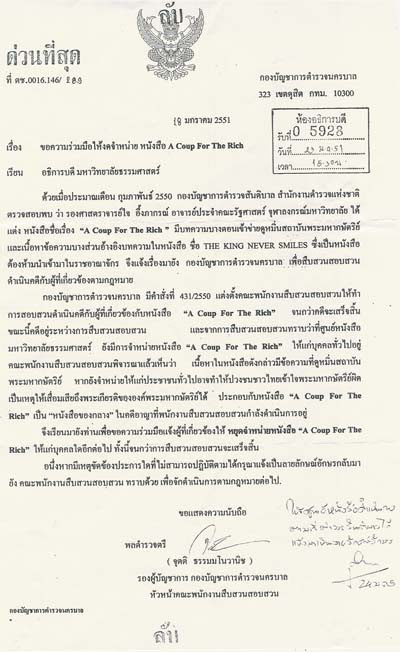 Giles Ji Ungpakorn's book A Coup For The Rich: Thailand's Political Crisis has been banned by the Thai police. In his introduction, Ji writes: "The coup of 2006 can only be understood as a "Coup for the Rich" against the interests of the poor." Thammasat University Bookstore, the only outlet where the book was on sale, has received a letter from the police to the effect that the book is being investigated for lèse-majesté (due to eight paragraphs in its first chapter) and must therefore be removed from sale.
Categories: book reviews, censorship, politics, Thailand

Has the ban helped the sales? Have you read the book? Banning books, movies or anything always make them that much more valued. Kind of like telling my teens they can NOT go somewhere or have something in particular.

By the way-happy belated birthday. The cake looked scrumptious!

Hi Dana, yes I've read the book (via PDF). It had already sold out before it was banned, so the publicity didn't improve sales unfortunately. Thanks for the birthday wishes!