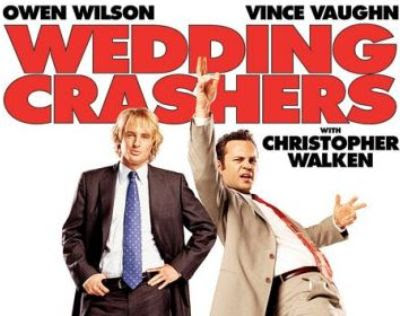 I've been carefully avoiding the so-called Frat Pack comedies but this week I saw David Dobkin's Wedding Crashers and was pleasantly surprised that the humour was subtle rather than gross-out. It's a Frat Pack film because its two leads (Owen Wilson and Vince Vaughn) are both leading members of the Frat Pack group, and it has a traditional cameo by Will Ferrell, though it actually seems more like a romantic comedy.

It's as formulaic as any other romantic comedy, and at no point were my sides in any danger of splitting. Wilson, however (whose character has more depth than Vaughn's), seems like a surprisingly impressive actor.

Christopher Walken does what he does best, projecting instant gravitas and power tinged with potential menace. Isla Fisher (who I remember from Home & Away!) is fairly one-dimensional, though Rachel McAdams is a good match with Wilson. (The unrated version is seven minutes longer.)
Tags: films
continued...