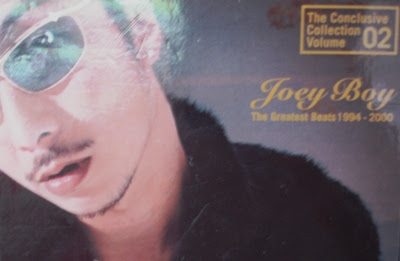 Thai rapper Joey Boy has issued a profuse apology after it was discovered that a verse from the Koran was inadvertantly included in one of his songs. The song in question, Maya, was first released on the 1998 album Bangkok, and was also included on last year's greatest hits album The Greatest Beats. The earlier album is already deleted, and The Greatest Beats will now be withdrawn because of the protests against Maya.

Why is it necessary for him to apologise and withdraw the record? If the Koran (or the Bible, for that matter) is quoted in a rap song, what's the big deal? A Thai Muslim group has complained that it is disrespectful to quote the Koran out of context, but Joey Boy is not a Muslim, so why should he be required to treat the Koran as a sacred text?

(Lebanese performer Marcel Khalife's song Ana Yousef, Ya Abi, was accused of blasphemy in 1995 as it featured a Koran quotation. Indian artist MF Husain also provoked controversy by quoting from the Koran in his song Noor-Un-Ala, from the soundtrack to his 2004 film Meenaxi: A Tale Of Three Cities.)