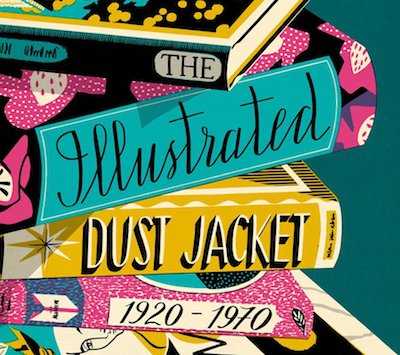 The Illustrated Dust Jacket 1920-1970, published next week by Thames & Hudson, is a survey of "the work of artists whose hand-rendered pictorial illustrations were reproduced on book jackets over a period of fifty years, from a time when publishers were beginning to see the possibilities of high-quality artwork in this context around 1920, to one when photography increasingly began to usurp the traditional artists' skills at the end of the 1960s." Author Martin Salisbury profiles fifty-three European and American artists in alphabetical order, beginning with "the twentieth century's most important and influential illustrator," Edward Ardizzone.

There have been previous books on dust jackets that focus on individual illustrators, publishers, or countries, though there is no comprehensive history of dust jacket design. A History Of Book Illustration, by David Bland, is a superb history of illustrated books. Steven Heller and Seymour Chwast's Illustration: A Visual History is a concise survey of a century of illustration. Fifty Years of Illustration, by Lawrence Zeegen and Caroline Roberts, covers illustration from the 1960s onwards. History of Illustration (edited by Susan Doyle, Jaleen Grove, and Whitney Sherman) will be published next year.
Categories: book reviews
continued...