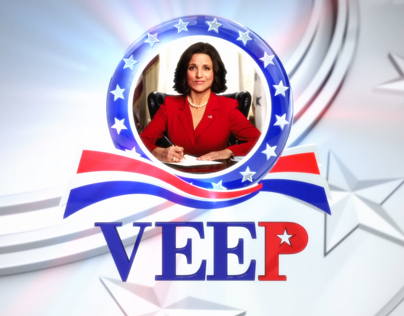 Veep, created by Armando Iannucci, stars Julia Louis-Dreyfus as US Vice-President (and subsequently President) Selina Meyer. The fifth season of the sitcom, released on DVD last month, includes an episode titled C**tgate, in which a White House staff-member causes a minor scandal by calling Meyer the c-word.

C**tgate (a pun on Watergate) was broadcast by HBO on 29th May 2016. It was co-written by Will Smith, who presented The C Word (2007), a documentary about the word 'cunt'. In the DVD audio commentary for the episode, director Brad Hall says: "I have a feeling this particular episode is going to set a record for the amount of times the word 'cunt' has been said in an audio commentary!"

The plot of the episode, with Meyer trying to identify the person who called her a cunt, is similar to an episode of 30 Rock (2007), in which the main character overheard one of her staff calling her the same word. Iannucci's UK series The Thick Of It (2005) also included a similar plot device in one episode, with an investigation into which staff-member called another a cunt in an email.
Categories: media, the c-word
continued...