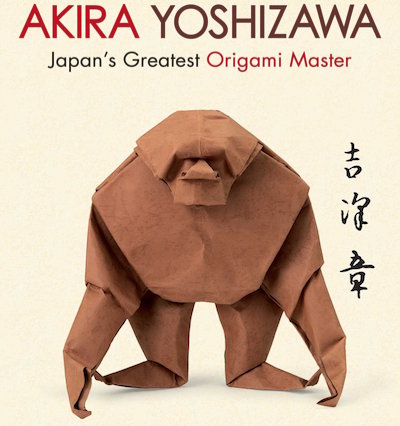 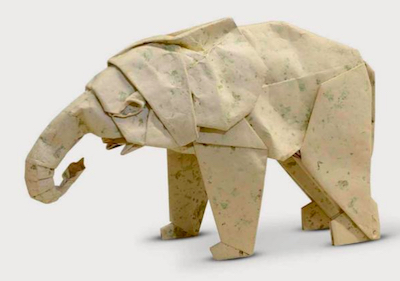 Origami has been documented in Japan for over 200 years, according to John Smith's booklet Notes On The History Of Origami. However, it was Akira Yoshizawa who was almost single-handedly responsible for the modern revival of origami in Japan and elsewhere. (Robert Harbin, whose book Paper Magic popularised origami in the UK, quotes a description of Yoshizawa as "far and away the greatest folder in the world".)

Akira Yoshizawa: Japan's Greatest Origami Master "is the first comprehensive survey in English of the work of Akira Yoshizawa, who is widely acknowledged as the father of modern origami." Published this month, it describes Yoshizawa as "a bridge between the past and the present, between the ancient Japanese craft and the development of origami into a modern art form, both in terms of inventing new techniques and in preserving the traditional forms of origami. Above all, he elevated origami to the status of an art form around the world."

The book (first published in French as Akira Yoshizawa: Origami d'Exception) features more than 1,000 of Yoshizawa's drawings (reproduced from his books Utsukushii Origami and Yasashii Origami), and photographs of his origami models (in situ at the 2014 exhibition Akira Yoshizawa: The World Of Creative Origami). It includes a link to an online Yoshizawa documentary (Origami Sono Uchu), though the video has already been deleted.
Categories: book reviews
continued...