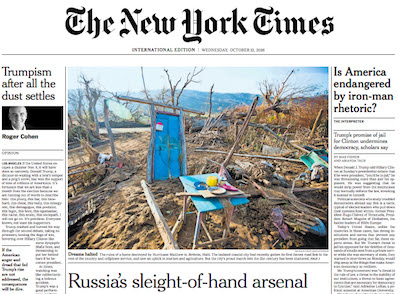 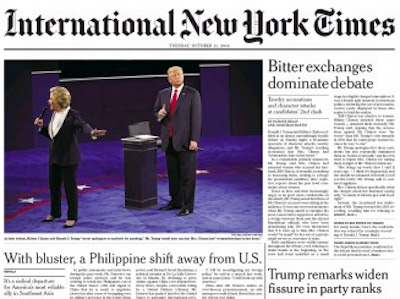 The newspaper has also been redesigned, with a focus on "deep reporting and analysis", according to a letter by publisher Arthur Sulzberger. There are no news-in-brief items, the sport section has been shortened, the opinion and editorial section has been expanded (including a new front-page opinion column), and four pages have been added. In summary, the paper feels more like its weekend edition.
Categories: media
continued...