100 Diagrams That Changed The World 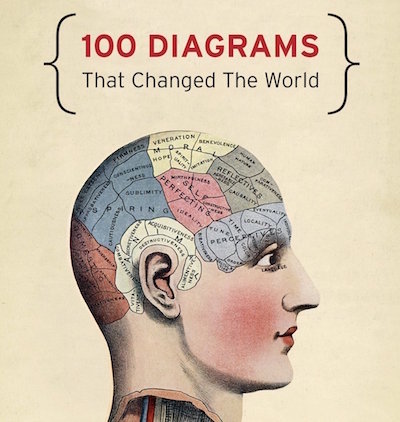 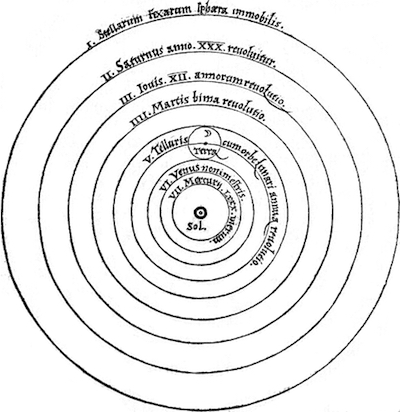 100 Diagrams That Changed The World, by Scott Christianson, features 100 diagrams, drawings, and charts from the Chauvet Caves to the iPod patent. Each diagram is reproduced as a full-page illustration, alongside a single-page summary of its history and significance. The book has no references or bibliography, though it's interesting because it includes examples of patent diagrams and other technical drawings that are missing from conventional histories of design.

The 100 diagrams include Renaissance icons such as Copernicus' heliocentric representation of the solar system, Leonardo's Vitruvian Man ("one of the most widely reproduced artistic images"), and an anatomical drawing from Andreas Vesalius' De Humani Corporis Fabrica ("one of the great achievements in the history of printing"). The book also includes the first examples of bar charts and line graphs (both created by William Playfair), Venn diagrams (John Venn), tree diagrams (Porphyry), flow charts (Frank and Lillian Gilbreth), pictograms (Michael George Mulhall), and emoticons (Puck magazine).

The Visual Display Of Quantitative Information, by Edward R Tufte, is the standard text on graph and chart design; Tufte praises Joseph Minard's representation of Napoleon's Russian campaign as "the best statistical graphic ever drawn," though it's not included in 100 Diagrams. The Book Of Trees is a history of tree diagrams. Cartographies Of Time is a comprehensive history of timelines. Leonardo da Vinci 1452-1519 has the most extensive selection of Leonardo's drawings. The Story Of Emoji discusses the development of emoticons. Pictograms, Icons, & Signs traces the evolution of pictograms. Information Graphics and Understanding The World feature contemporary and historical infographics. The BBC4 series The Beauty Of Diagrams profiled six influential diagrams, all of which are included in this book.
Categories: book reviews