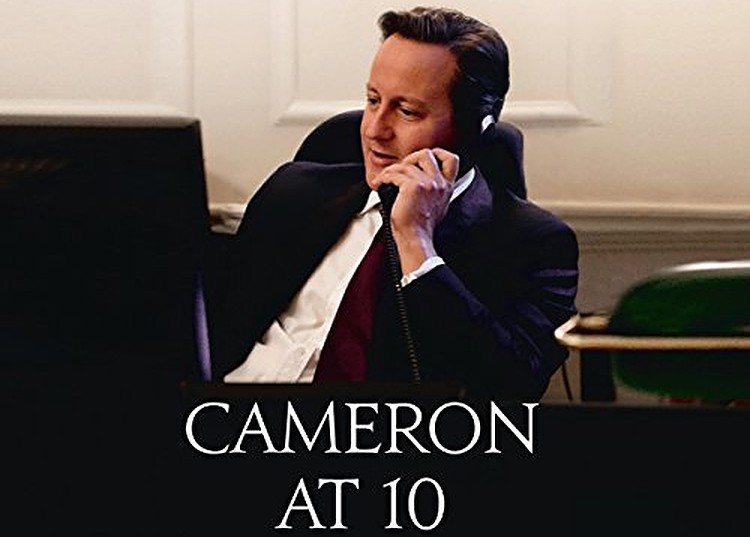 Cameron At 10, by Anthony Seldon and Peter Snowdon, profiles David Cameron's first term as UK Prime Minister. (Matthew d'Ancona's In It Together covered the progress of Cameron's coalition government during the same period.) More than 600 pages long, and based on 300 first-hand sources, including interviews with Cameron, this is another of Seldon's exhaustive political biographies.

In fact, according to the blurb, it is "the most intimate account of a serving prime minister that has ever been published", though Seldon's previous Tony Blair biographies are equally revealing. Written in the historical present tense, it is divided into forty chapters, each focusing on a different event or policy. The subtitle, The Inside Story 2010-2015, echoes those of In It Together (The Inside Story Of The Coalition Government) and Andrew Rawnsley's Servants Of The People (The Inside Story Of New Labour).

Cameron is a relatively bland subject in comparison to his predecessors Blair and Gordon Brown, though the book does have a headline-grabbing quote from an SMS he sent to Boris Johnson: "The next PM will be [Ed] Miliband if you don't fucking shut up." More ominous is his comment on the European Union referendum during a private meeting with Angela Merkel: "I need to make a pitch to the country. If there is no acceptable deal, it's not the end of the world; I'll walk away from the EU."
Categories: book reviews, David Cameron, politics
continued...