A History Of The Internet
& The Digital Future 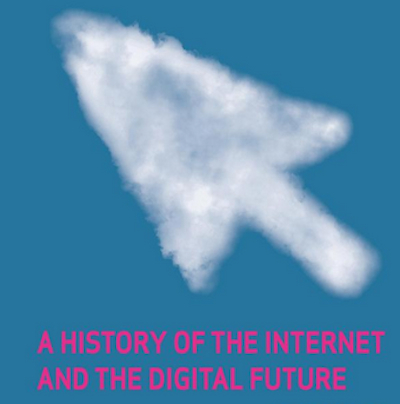 A History Of The Internet & The Digital Future, by Johnny Ryan, is the first attempt to condense the entire history of the internet into a single book. The 200 pages of body text (supplemented by extensive notes) are divided almost exactly in half: the first 100 pages cover the net's Cold War origins (the US military's ARPA Network), and the second half begins with the development of the world wide web.

While the origins of computers and the internet have been documented elsewhere (for instance, in The Information and A Social History Of The Media), Ryan's book is the first to provide a comprehensive history of the web. He describes "the emergence of the Web and the folly of the dot-com boom and bust", including milestones from the 1990s that now seem like ancient history: nascent pre-Google search engines such as AltaVista, Napster and the birth of file-sharing, Amazon and the rise of e-commerce; Microsoft's 'browser war' and anti-trust case is the only major omission.

As in The New Digital Age, Ryan demonstrates how "the defining characteristics of the Internet are now transforming culture, commerce and politics". Like Tim Wu (in The Master Switch), he concludes with the issue of corporate control, differentiating Google's open-source model from the more restrictive policies of "Facebook, Apple, Nokia, Microsoft and Nintendo". It's a sign of how quickly the internet is evolving that two of those corporations (Nokia and Nintendo) have subsequently declined sharply in online influence, while a new player (Twitter) has emerged.
Categories: book reviews
continued...