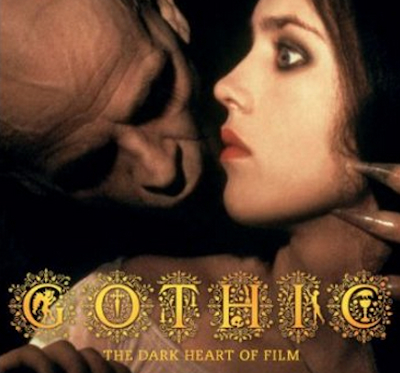 Gothic: The Dark Heart Of Film, edited by James Bell, is the second in a series of anthologies published by the BFI. (The first was 39 Steps To The Genius Of Hitchcock, also edited by Bell.) The BFI has also organised a season of Gothic films, screening in London and around the UK.

The book's essays cover a diverse range of horror themes: monsters, the occult, ghosts, and Gothic romance. Expressionist classics (The Cabinet Of Dr Caligari, Nosferatu), Universal monster films (Frankenstein, Bride Of Frankenstein) and Hammer horrors (The Curse Of Frankenstein, Dracula) are discussed extensively, though the scope also extends to tropes such as Gothic landscapes and architecture, and a wide variety of sub-genres.

The artistic and theatrical influences on Gothic cinema are explored, though there is less discussion of Gothic literature, except in Christopher Frayling's foreword. (Frayling also wrote Spaghetti Westerns.) There are two chapters by Kim Newman (author of Nightmare Movies). Other contributors include Roger Clarke (author of Story Of The Scene), Mark Kermode (author of BFI Classics: The Exorcist) and Marina Warner (author of Phantasmagoria).