Spy Kids: All The Time In The World 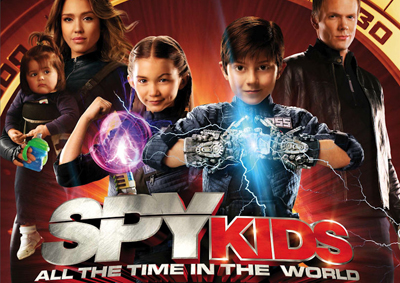 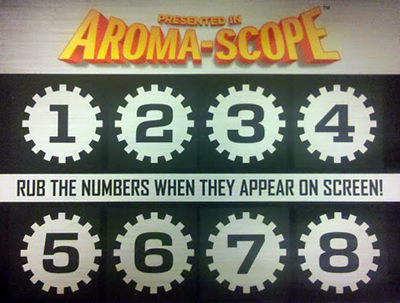 Spy Kids: All The Time In The World is another film in the Spy Kids franchise, directed by Robert Rodriguez. The director is more famous for his ultra-low-budget debut, El Mariachi; his impressive teen-horror, The Faculty; and his violent comic-style noir, Sin City. He has also collaborated with Quentin Tarantino, on From Dusk Till Dawn and Grindhouse.

Rodriguez is known for his technical experimentation, and Spy Kids is one of several films he's directed in 3D. In fact, this film is advertised as a 4D release, with the extra dimension provided by a process billed as Aroma-Scope. This feature requires a scratch 'n' sniff card, featuring eight scents intended to complement the viewing experience. Unfortunately, most of the smells are indistinguishable, and scratching the card is a distraction from the film. Nevertheless, the concept is introduced by Ricky Gervais, in a hilarious voice-over cameo role, at the start of the film. (The film is also showing in 2D with Aroma-Scope.)

It's a gimmick, of course, inspired by the Odorama cards John Waters produced for his bad-taste comedy, Polyester. The first experiments with scented cinema occurred fifty years ago, when smells were wafted through cinema air-conditioning vents to accompany the documentary Behind The Great Wall (via the Aroma-Rama process) and piped to cinema seats during the thriller Scent Of Mystery (using the rival Smell-O-Vision system). Like Cinerama and 3D, they were Hollywood's attempts to lure audiences away from television.