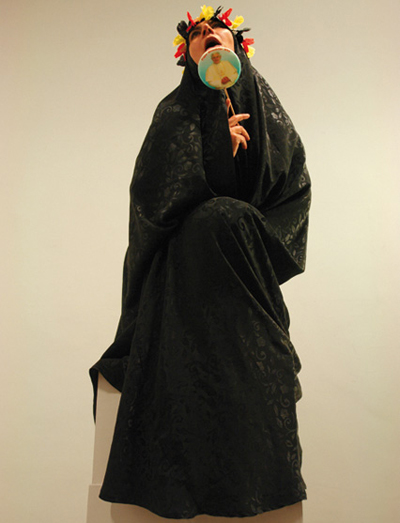 A photograph by Parastou Forouhar, titled Lolly Pope, was censored by Lebanese authorities exactly a year ago. The photograph, taken in 2008, shows a woman licking a lollipop which contains a portrait of Pope Benedict.

Lolly Pope appears in the book Parastou Forouhar: Art, Life, & Death In Iran, edited by Rose Issa. When it was published last year in Lebanon, the General Security office insisted that its publishers, Saqi Books, cover the image of the Pope with black ink and glue the Lolly Pope page to the previous page, so that the photo could not be seen.

The book is widely available, though only in its censored form. The uncensored Lolly Pope photograph has not been widely circulated, though it is featured in the current issue of Index On Censorship (The Art Issue).
Categories: book reviews, censorship
continued...