"The most humble day of my life" 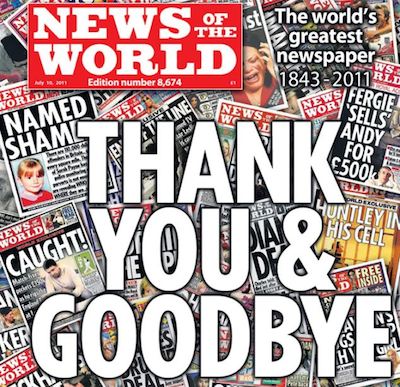 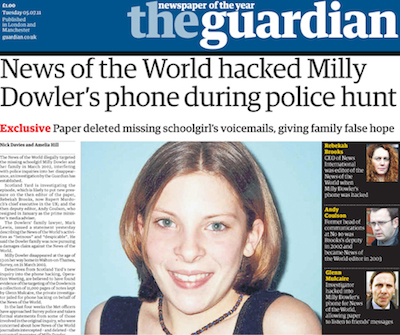 Rupert Murdoch gave evidence to a parliamentary select committee yesterday, and began by stating: "This is the most humble day of my life". During the committee session, a spectator pushed a custard pie into Murdoch's face, leading to inevitable "humble pie" headlines in today's news coverage.

Murdoch was responding to allegations that News Of The World journalists systematically hacked into the mobile phones of hundreds of celebrities, politicians, and other public figures. The Guardian's Nick Davies (author of Flat Earth News) has been investigating the scandal for years, and his revelation that the News Of The World hacked the mobile phone of murdered teenager Milly Dowler caused public outrage when it was published earlier this month.