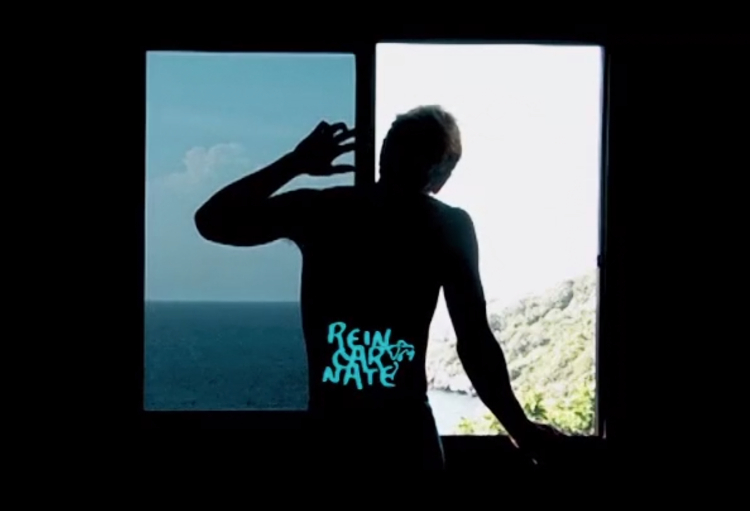 Thunska Pansittivorakul's new film, Reincarnate, is a fictionalised portrait of Thunska and his leading actor, Panuwat Wisessiri. Panuwat discusses the filming process with Thunska, while never breaking character, thus blurring the boundary between behind-the-scenes footage and the scenes themselves. The camera films Panuwat's body as he sleeps, showers, and relaxes.

Thunska and Panuwat play Jenga, with the red, yellow, and blue blocks symbolising the various political groups in Thailand. (UDD supporters of Thaksin Shinawatra wear red shirts; their antagonists, who support the current government, wear blue shirts; the monarchist, anti-Thaksin PAD wear yellow shirts.) Thunska's film This Area Is Under Quarantine was more overtly political, though it was consequently banned. (His earlier films were screened at a retrospective in 2008.)

Reincarnate is arguably Thunska's most explicit film, with a brief sequence (featuring Tharapong Buasai) which is visually similar to, and even more graphic than, his short documentary Unseen Bangkok. In both films, the same camera angle is used, foregrounding a particular part of the anatomy, which the director can't resist touching. Reincarnate was intended partly as a protest against the 2009 Thai cinema ratings system, which prohibits frontal nudity amongst many other taboos; unsurprisingly, the film has not been submitted to the national ratings board.

There are some beautiful images in the film, such as Panuwat, in silhouette, framed by an open window. The film's ending, in which Panuwat describes giving birth to a daughter, who then entices his spirit to leave his body, is deliberately ambiguous, and tonally similar to the work of Apichatpong Weerasethakul, who was a co-producer of Reincarnate.
Categories: film reviews, Thailand, Thunska Pansittivorakul
continued...