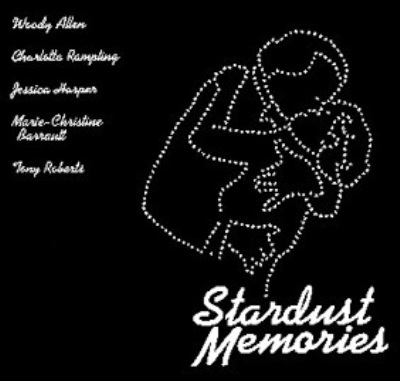 Woody Allen always maintains that he never plays himself in any of his films, and he finds it inexplicable that the audience jumps to the conclusion that his screen persona reflects his true personality. But let's look at the evidence: in the films in which he stars, he often plays neurotic writers and comedians who live in New York, enjoy jazz music and European films, and are in analysis.

In Manhattan, Allen's character, Isaac, defends Ingmar Bergman, Allen's favourite director, as "the only genius in cinema today", and reels off a list of "things that make life worth living" composed entirely of Allen's own favourite things. Revealingly, in Deconstructing Harry, Allen plays Harry as a hard-drinking, pill-popping misogynist - none of which are Allen's own personal characteristics - yet cannot resist also depicting him as a man who avoids smoking dope, which echoes Allen's own attitude though is incongruous for the character in the film.

In Stardust Memories, Allen plays Sandy, a comedian-turned-director who, after making a series of comedies, is branching into portentous drama. Sandy is followed everywhere by autograph-hunters and wannabe actors, and harassed for charitable donations. His producer and fans (and even a group of visiting aliens) dislike his latest film, preferring the "early, funny ones". This is an obvious reference to the negative reaction Allen had received for his Bergman-esque drama Interiors, which was stylistically a stark contrast to his earlier, funnier films such as Sleeper.

Stardust Memories was not an especially popular film, precisely because of the perceived conflation of Allen himself and his characters. In the film, Allen's fans are shown as invaders of his privacy who misinterpret his work. In interviews, though, Allen makes the very sensible point that, if he really did dislike his admirers, he would not be so foolish as to reveal it in one of his films. Stardust Memories self-referentially represents Allen's perplexity and defiance at the negative reaction to Interiors (the autobiographical element), and is also a comic portrait of a consciously exaggerated celebrity lifestyle.

Like his later film Deconstructing Harry (in which Allen plays a writer who encounters the characters from his own fiction in his real life, intercut with dramatic recreations of his novels), Stardust Memories is a post-modern blend of narrative and narrative-within-narrative. It's like a 'Chinese box', beginning with a scene from Sandy's new film, then showing Sandy himself, and frequently switching to dream sequences and scenes from Sandy's other work. The two films also employ jump-cuts in some scenes, an otherwise rare device in Allen's work.

There are some very funny lines. When Sandy complains that he doesn't want to make another comedy, his producer tries to convince him otherwise: "They want laughs in Kansas City, they've been working in the wheat fields all day". When he's stuck in traffic, he asks: "Is the Pope in town, or some other showbusiness figure?". Interestingly, the famous Eddie Adams photograph of the execution of Nguyen Van Lem is blown up to wall-size in Sandy's apartment, to reflect the character's depressed state of mind.

Is it a pretentious film? Yes. Is it as good as his early, funny films? No. But the confusing layers of reality are justified by a revelation at the end: we learn that the entire film has itself been Sandy's creation, and we see the 'actors' watching themselves at the premiere and commenting on their performances.
Categories: film reviews
continued...