“A serious breach of journalistic ethics in crime reporting...” 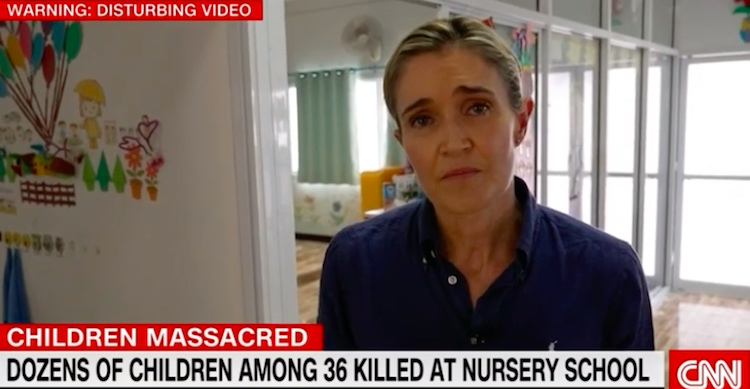 Two CNN journalists were deported from Thailand today, after being accused of trespassing, unethical reporting, and working without permission. They had entered a nursery in Nong Bua Lamphu and filmed the aftermath of a killing spree that had taken place there two days earlier.

On Thursday, a former police officer, Panya Khamrab, stabbed twenty-four toddlers to death at the nursery. CNN reporter Anna Coren and cameraman Daniel Hodge entered the building on Saturday, filming unsupervised at a crime scene that had been cordoned off by police. In her report, Coren described, and Hodge filmed, “the bloodstains splattered across the floor.” (CNN has since deleted the video from its website.)

The Foreign Correspondents’ Club of Thailand took the unusual step of issuing a statement strongly criticising the CNN journalists, describing their actions as “unprofessional and a serious breach of journalistic ethics in crime reporting.” In its initial response to this and other criticism, CNN attempted to justify the filming, stating that “three public health officials exiting the building spoke to the team and told them they could film inside.”

Clearly, insofar as permission was given, it was cursory and informal. A later, more conciliatory CNN statement clarified that “these officials were not authorized to grant this permission.” The two journalists were arrested on trespassing charges, and were also found to be working without visas. They were given a nominal fine of 5,000 baht, on the condition that they filmed an apology. (Coren offered her “deepest apologies to the people of Thailand, especially the families of the victims of this tragedy.”)
Categories: media
Dateline Bangkok