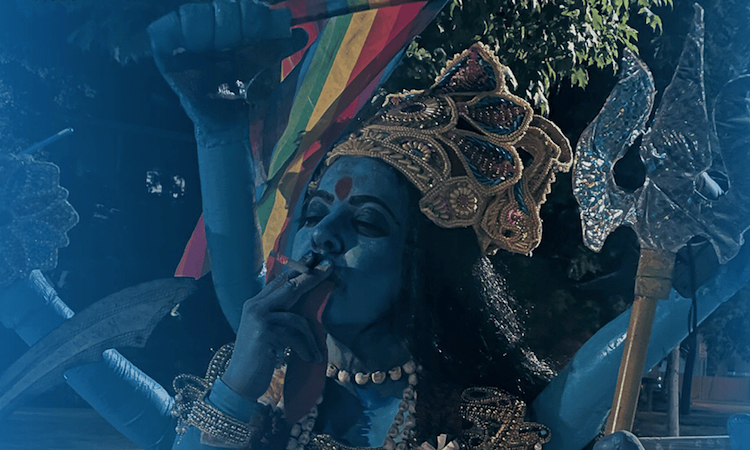 Indian filmmaker Leena Manimekalai is facing potential blasphemy charges after public outrage over the poster for her film Kaali. Manimekalai, who is based in Canada, portrays the Hindu goddess Kali in the short film, which was shown at the Aga Khan Museum in Toronto on 2nd July. In the film’s poster, Kali is depicted smoking a cigarette and waving an LGBTQ rainbow flag. Complaints have been lodged with police in Delhi and Uttar Pradesh.
Categories: censorship, films
Dateline Bangkok