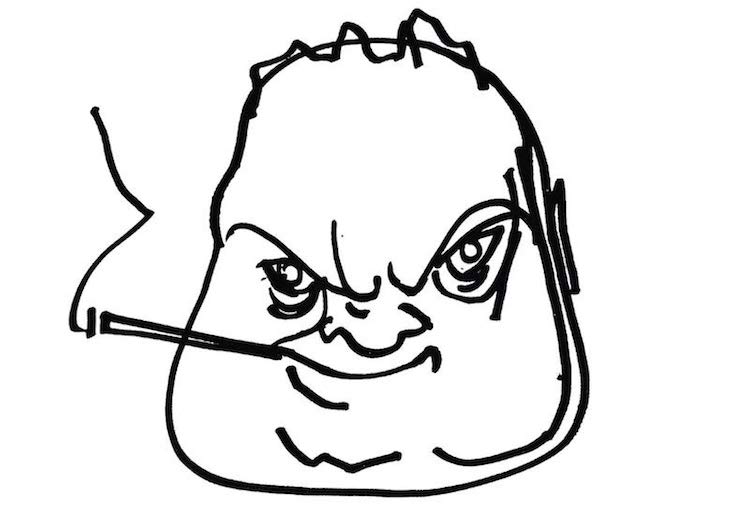 Orson Welles was not only one of the world’s greatest film directors, he was also a pioneer of radio drama and modern theatre, and a prolific artist. Orson Welles Portfolio: Sketches and Drawings from the Welles Estate, by Simon Braund, features full-page reproductions of drawings and paintings by Welles, sourced from his archive and the Library of Congress. The illustrations are beautifully reproduced, though there are no notes or other references.

Most of the images are previously unpublished, and those that were published before (drawings for Everybody’s Shakespeare and watercolours—including a regal self-portrait—for a guest-edited issue of Vogue Paris) had been out-of-print for decades. The book also includes an interview with the director’s daughter Beatrice who, in Wellesian terms, had final cut over the project: strangely, copyright is credited not to Braund but to “Beatrice Welles Inc.”

Welles created a portfolio of watercolours as a Christmas present for his daughter Rebecca in 1956, and a facsimile was published as Les Bravades after his death. He presented the BBC TV series Orson Welles’ Sketch Book, in 1955. The documentary The Eyes of Orson Welles also explores Welles as a visual artist. Karl French’s book Art by Film Directors includes paintings and drawings by other filmmakers, though not Welles.
Categories: books
Dateline Bangkok