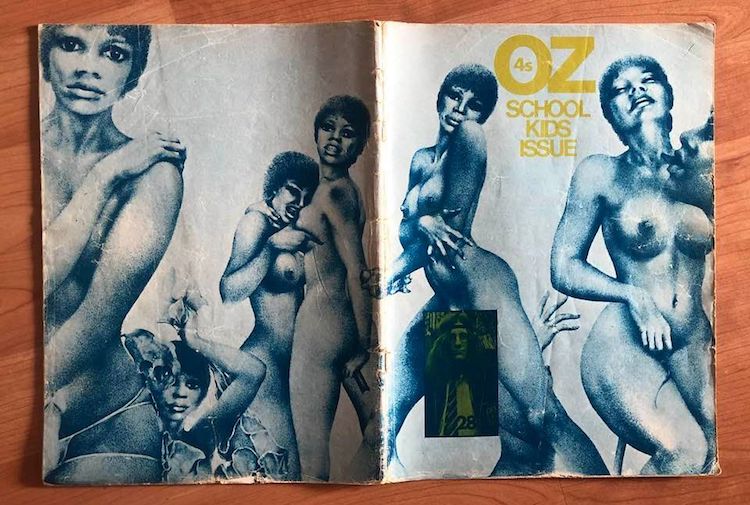 Fifty years ago today, Britain’s longest obscenity trial came to an end, and the editors of Oz magazine all received custodial sentences. Richard Neville was sentenced to fifteen months in jail, James Anderson received a one-year sentence, and Felix Dennis was sentenced to nine months. Their crime? To allow schoolchildren to edit an issue (number 28) of the underground counter-culture magazine Oz. The School Kids Oz conviction was a (temporary) impediment to the ‘permissive society’ that had been initiated by the mass-market paperback publication of Lady Chatterley’s Lover in 1960, of which prosecutor Mervyn Griffith-Jones famously asked the jury: “Is it a book that you would even wish your wife or servants to read?”

The Oz trial began on 22nd June 1971, and ended six weeks later with a withering summing up by the judge, Michael Argyle. When the jury asked him for guidance on the legal interpretation of obscenity, Argyle simply read out a dictionary definition, thus equating obscenity with indecency. (In fact, as per the Obscene Publications Act, obscenity in law requires a tendency to deprave and corrupt.) This “substantial and serious misdirection to the jury on the question of obscenity” was noted by the Appeals Court judge, David Widgery, who quashed the obscenity convictions.
Categories: censorship, media
Dateline Bangkok