The Making of Raging Bull 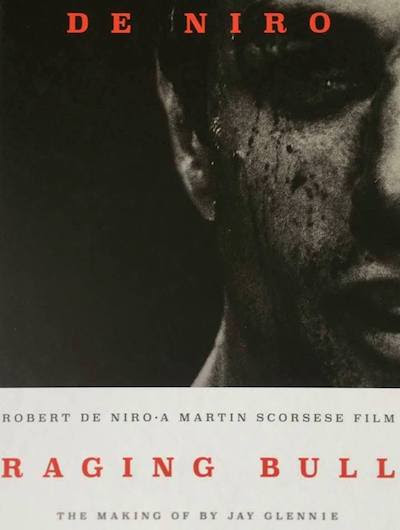 The UK went into almost total lockdown in March last year, due to the coronavirus pandemic. In the year that followed, Jay Glennie researched, wrote, and published his impressive new book on the making of Raging Bull.

Glennie has interviewed all of the film’s key cast and crew, including director Martin Scorsese and star Robert De Niro (both of whom also gave him access to their archives). Even co-star Joe Pesci, now somewhat reclusive, agreed to an interview. As Glennie says in his introduction: “This is the story of the making of Raging Bull, by those who conceived it.”

Glennie’s comprehensive record of the film’s production is supplemented with handwritten notes, script drafts, and (mostly black-and-white) photographs, all magnificently reproduced. Richard Schickel wrote an excellent feature on the making of Raging Bull for Vanity Fair’s March 2010 issue, though Glennie’s book is the definitive account.

Perhaps we should expect nothing less, as the book costs £100 (albeit limited to 1,980 signed and numbered copies, mine being no. 125). Although The Making of Raging Bull (or Raging Bull: The Making of?) is a lavish publication, its layout is rather unconventional, with no contents page or individual chapters.
Categories: book reviews
continued...